Posted by Madison McPeak on September 7, 2017 in Active Storms | Comments Off on Hurricane Irma Evacuations 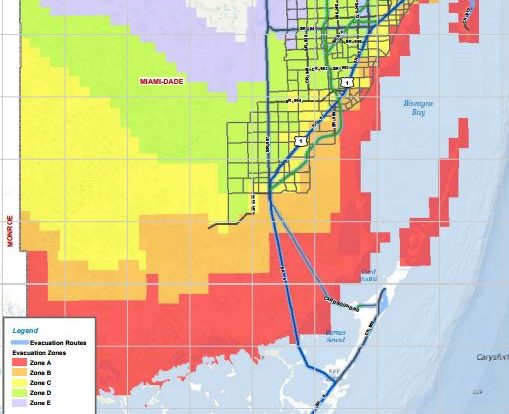 As hurricane Irma continues to strengthen, Florida governor, Rick Scott, warns residents to “get out now.” Currently, the storm sustains winds of up to 185 miles per hour making it one of the strongest storms to form in the Atlantic. The National Hurricane Center anticipate catastrophic damage for the Florida Keys and coast. As of Tuesday, Florida, the U.S. Virgin Islands, and Puerto Rico are all under a state of emergency. Many people are receiving mixed signals of the storms projected path, but it is hard to find a model that will not have a significant impact on southern Florida.

As panic among Florida residents increases, the state begins to suffer from a shortage of gas. Governor Rick Scott has asked people to only take as much gas as they need to allow more people to evacuate if needed. Residents may also begin to notice a shortage of food and supplies. Mayor Carlos Gimenez urges all residents to have at least three day’s worth of food and water to remain prepared.