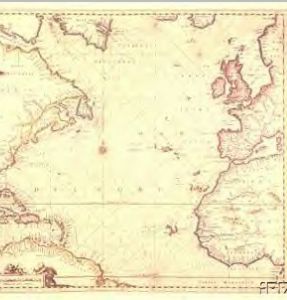 Hurricanes in the Atlantic usually form during the Atlantic hurricane season, which occurs annually between June 1st and November 30th. These Atlantic Hurricanes begin their lives in Africa with low pressure systems that move West over warm ocean waters and slowly build in intensity from simple tropical disturbances to fully formed, and sometimes powerful Atlantic hurricanes.

Generally, Atlantic hurricane seasons are busier in La Nina years (find out what is La Nina here) and less active in El Nino years (read NOAA/PMEL/TAO: The El Niño story for more information on El Nino). They can be fairly weak storms, or powerful and devastating hurricanes like Hurricane Andrew, which devastated South Florida in the early 1990’s. To find out about current hurricanes in the Atlantic, check out our hurricane tracker for more information.