Hurricanes in the Gulf of Mexico 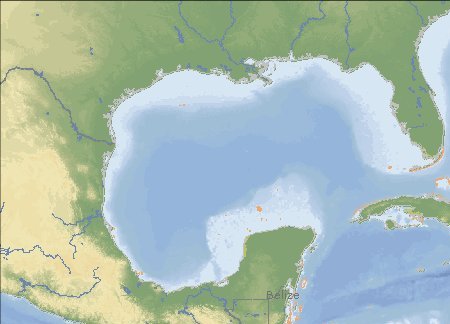 Hurricanes in the gulf of Mexico are those storms that either form or make their way into, and eventually make landfall in the Gulf of Mexico. Gulf Hurricanes can strike anywhere along the world’s ninth largest body of water in the five American and five Mexican states that border it. Storms like Hurricane Katrina, Hurricane Rita, Hurricane Ike, or the 1900 Galveston Hurricane can cause billions of dollars in hurricane damage and sometimes take tragic human tolls.

The Gulf of Mexico’s coastline is heavily populated and constitutes the bulk of the United States’ oil leases. This poses an especially devastating implication as hurricane damage affecting oil platforms could reak havoc both environmentally and at the pump. 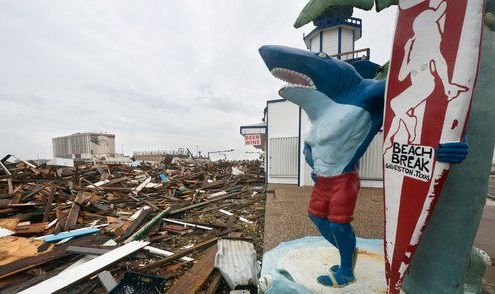 Hurricane Ike also damaged 10 oil platforms off the Texas and Louisiana coasts and caused oil slicks that had coastal residents, environmentalists, and people in the tourism industry worried. Luckily the hurricane damage from this gulf hurricane, bad though it was, was not as bad as was feared.

Even more devastating was Hurricane Katrina, the costliest storm to impact the United States. The hurricane damage from this storm was $81.2 billion. Worse was the death toll, at 1,836, Hurricane Katrina was the deadliest Gulf of Mexico hurricane since 1928. To get a sense of the power of these storms, watch this video of an Extreme Hurricane Storm Surge! And for more information, visit our other Hurricane Awareness pages.