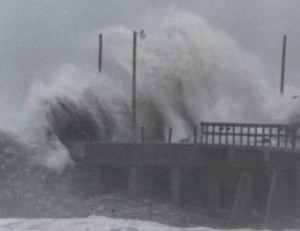 So you’ve heard the word in passing. You know something (however little that may be) about the nature of this natural disaster. But what on Earth is it? What is a cyclone? Furthermore, what is its relationship to the mother of all tropical weather events—the hurricane, as well as its Northwest Pacific cousin, the typhoon. In this page we’ll delve into the hurricanes vs. cyclones debate and uncover the mystery surrounding these meteorological terms.

Cyclone facts: What is a cyclone?

Cyclones are simply a system of winds rapidly rotating into an area of low pressure. In the Northern hemisphere these winds rotate counter clockwise, and down in the Southern hemisphere, they rotate clockwise. A cyclone blowing over the tropics is, you guessed it, a tropical cyclone. Tropical cyclones are also the names given to very strong cyclonic storms that form in the Indian Ocean and near Australia. These storms have different names depending on their wind intensity:

The mystery between hurricanes vs. cyclones has been dispelled. Hurricanes are in fact cyclones, just a particular type, in a particular region. In the same vein, hurricane spawned tornadoes, as well as all tornadoes are also cyclonic in nature.

So we know what a hurricane is, and what a cyclone is, but what is a typhoon? What is this terrifying storm with the funny name? Here are some typhoon facts:

For more information about hurricanes and typhoons in general, or for hurricane awareness,  visit the rest of our National Hurricane Center website.