Unfortunately, a much broader swath of the Eastern US was affected including Florida, South Carolina, Pennsylvania, Ohio, North Carolina, Virginia, West Virginia, and The Bahamas. The storm produced multiple areas with 4 to 5 inches of rain, as the result property damage was greater than with Arthur. 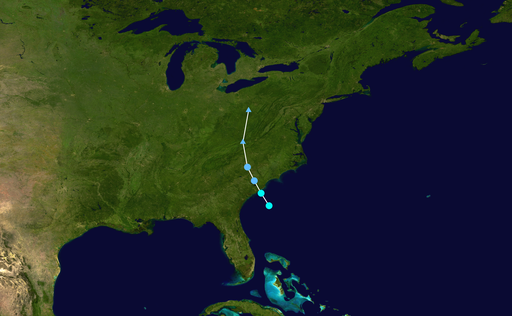 By FleurDeOdile – Created by FleurDeOdile using WikiProject Tropical cyclones/Tracks. The background image is from NASA. Tracking data is from NOAA, Public Domain, https://commons.wikimedia.org.