Our first Atlantic tropical storm was another early or “off-season” tropical storm, achieving Tropical Storm status on May 17th, continuing a possibly disturbing trend. The depression was first noted on May 16 and the storm lasted into the 20th. tropical storm Arthur was first thought to be directed at Florida but skirted impacting it with heavy rains and made landfall on the outer banks of North Carolina.

Tropical storm Arthur was not particularly severe and failed to hit hurricane strength, but some areas saw up to 5 inches of rainfall. The rainfall was felt mostly in South Florida and the Keys and then in North Carolina. The highest sustained wind was 60 mph (95 km/h) and the lowest pressure was 991 mbar.

As tropical storm Arthur was pushed off of North Carolina into cooler waters it gradually lost strength and dissipated. Even with the low damage of the storm it does seem to reinforce that we are going to get more and earlier storms due to changes in climate patterns. Since 2015 there have been 7 tropical storms and one hurricane occur in the period of January to May. This year there were 2 tropical storms in May. Tropical storm Bertha was number 2 on May 27th and 28th. Though short-lived it did affect a much broader area. 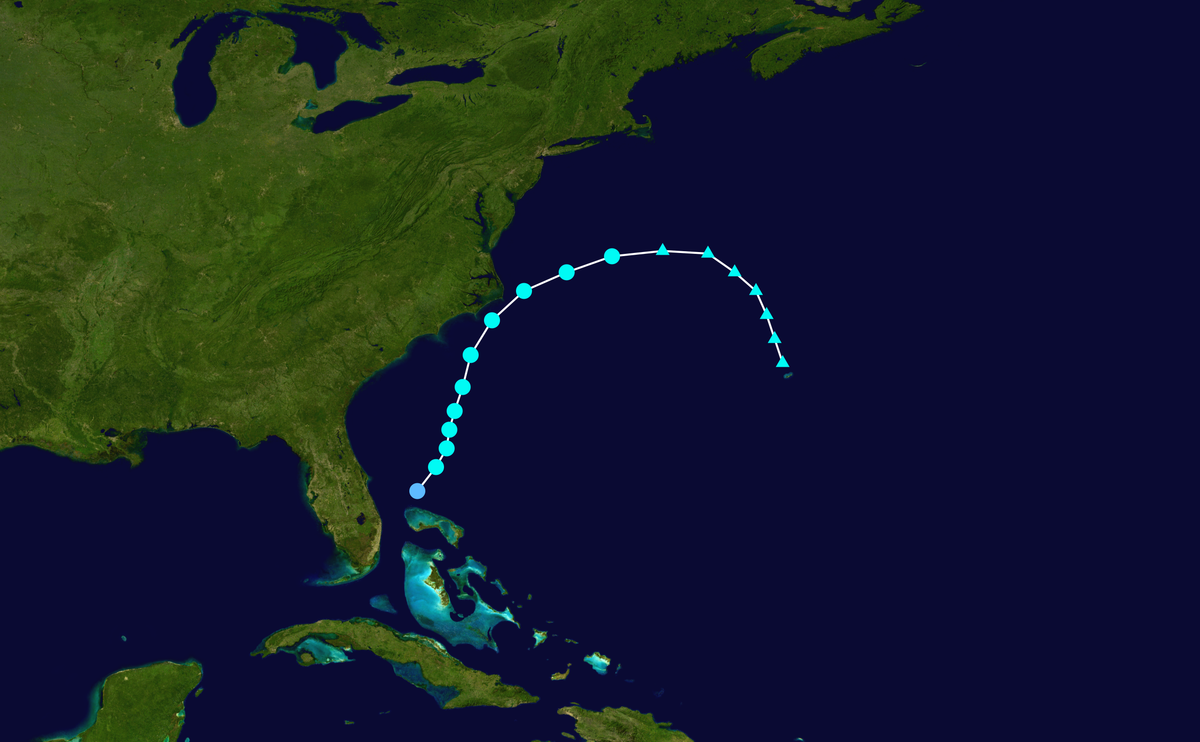 By FleurDeOdile – Created by FleurDeOdile using WikiProject Tropical cyclones/Tracks. The background image is from NASA. Tracking data is from NOAA, Public Domain, https://commons.wikimedia.org/w/index.php?curid=90319985