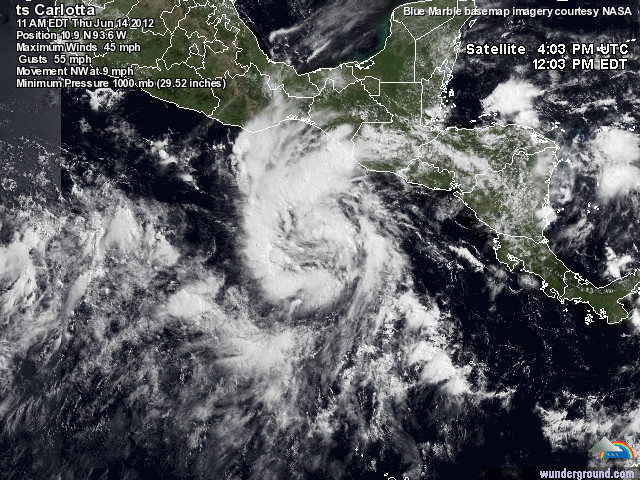 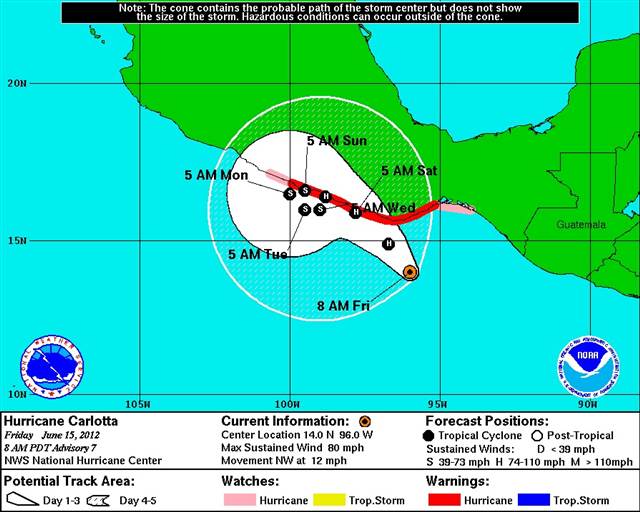 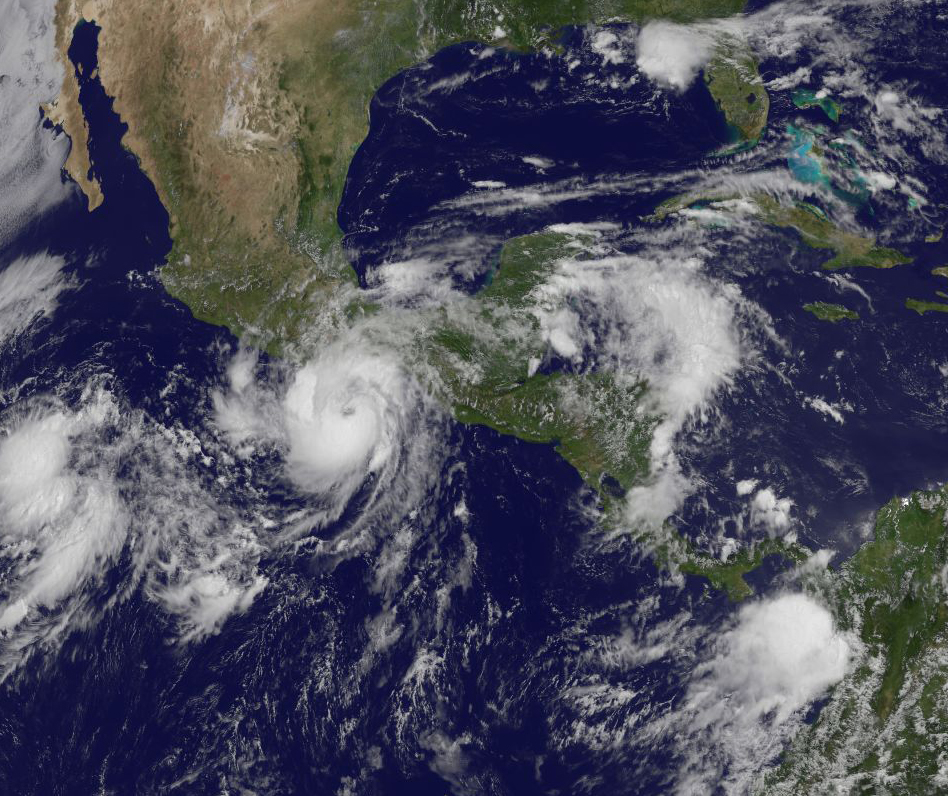 There’s been reports of a powerful storm off of the western coast of Mexico that meteorologists have named Carlotta, which was about 120 miles south-southeast of Puerto Angel, Mexico and 330 miles southeast of the tourist hub Acapulco.  This storm has materialized as of early Friday June 15, 2012 according to the US National Hurricane Center.

Carlotta, which has had sustained winds of up to 80 mph was moving toward the northwest at 12 mph, said the center.  A storm reaches hurricane status when it has sustained winds at 74 mph.  Carlotta is expected to intensify which can make it into a Category 2 hurricane before the eye of Carlotta reaches the coast.  According to the center, Category 2 status happens when the winds reach 96 mph.

Inhabitants in Pacific Ocean area region of Mexico have been informed of a “hurricane warning”, reaching from the areas of the seaport city of Salina Cruz to Acapulco.  A warning implies that hurricane conditions are expected.  A “hurricane watch”, which means that hurricane conditions are at the least possible, has been issued for the Pacific coastal areas east of Salina Cruz to Barra de Tonala and also has been extended to west of Acapulco to Tecpan de Galeana.

According to the center, “a danger storm surge is expected to produce significant coastal flooding” north and to the east of the storm’s center.  In the areas near the coast, the surge will likely destructive waves.

The rainfall expected with Carlotta could cause “life-threatening” mudslides and flash floods, the US National Hurricane Center said, with some isolated areas along the coast of Oaxaca expected to get about 12 to 15 inches of rain.