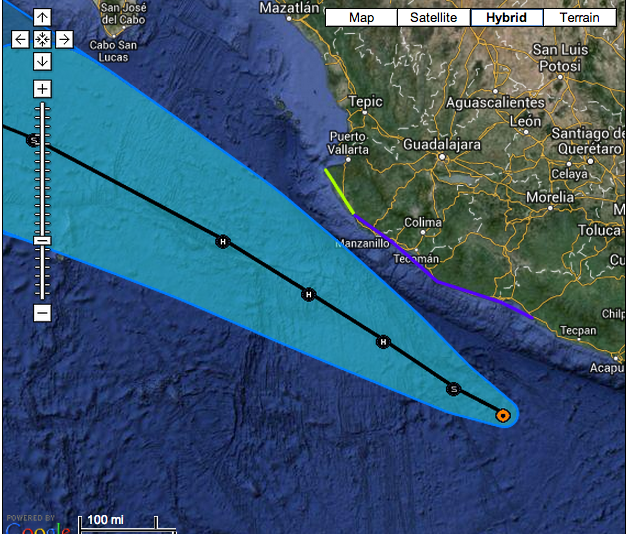 Tropical Storm Erick formed off the coast of Mexico late Thursday night, July 4. Currently it is located 150 miles south of Lazaro Cardenas and 265 miles southeast of Manzanillo. Erick is moving west northwest at 10 mph with maximum sustained winds of 60 mph and higher gusts.

Tropical storm force winds can extend outward from the center of the storm up to 90 miles.

Tropical Storm Erick is expected to continue moving in a west northwest direction for the next few days. The center of the storm is expected to remain over waters. Erick is most likely to become a hurricane by Saturday, July 6.

Forecasters predict that Erick will produce 3 to 5 inches over southwest Oaxaca, southern Guerrero, southern Michoaca, Colima and southern Jalisco, with the possibility of up to 8 inches in isolated areas, causing dangerous mud slides and flash floods. Tropical storm weather and conditions are predicted to expand west over the Tropical Storm warning areas throughout Friday and Saturday, extending west of La Fortuna by late Saturday.