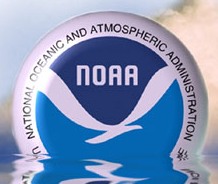 NOAA, or the National Oceanic and Atmospheric Administration, is a federal agency of the United States that formed in 1971 and from which we get America’s National Weather Service. NOAA was born out of the merging of the United States Coast and Geodetic Survey (1807), the Weather Bureau (1870), and the Bureau of Commercial Fisheries (1871), federal agencies that were the cradle of America’s scientific heritage.

The centuries-old bureaus who together gave birth to NOAA helped to make ours a safer, and surely more easily navigable world. It is from these pioneering scientific minds that charts were drawn up that allowed shipments of food, manufactured goods, and people to make oceangoing voyages with less peril.

NOAA’s National Weather Service is the United States government’s channel for warning its people, and the people of the world of impending natural disasters like hurricanes, tsunamis, floods, tornadoes, and just about any other atmospheric or geological hazard that is affects citizenry across the globe from its 122 Weather Forecast Offices and 13 River Forecast Centers.

In March of 2012, NOAA signed a Memorandum of Agreement with The Weather Channel to strengthen what was dubbed by the agency a “key partnership.” This brings together two huge voices in the disaster preparedness discourse. TWC executive vice president and general manager Bob Walker described the move as building “…a more Weather-Ready Nation.”

Today, the National Oceanic and Atmospheric Administration continues the work begun so long ago with the earliest of federal government agencies striving to understand more and make greater sense of the world around them. With its disaster readiness initiatives and partnerships with organizations to provide geologic and atmospheric conditions to all who seek them, NOAA is and will most likely continue to be a leader in the study of environmental processes which in turn will continue to provide us with the knowledge necessary to prepare for natural disasters and other contingencies.