Hurricane Triple Threat in the Tropics

Posted by Madison McPeak on September 7, 2017 in Latest News, Storm Science | Comments Off on Hurricane Triple Threat in the Tropics

Hurricane season has just reached the halfway mark with three storms currently formed in the tropics at once. Roughly two weeks ago category 4 Hurricane Harvey hit the coast of both Texas and Louisiana leaving profound damage and flooding in its path. Now, just two days ago, Hurricane Irma strengthens to one of the only category 5 storms to form in the Atlantic in centuries with Hurricane Katia and Hurricane Jose strengthening close behind. 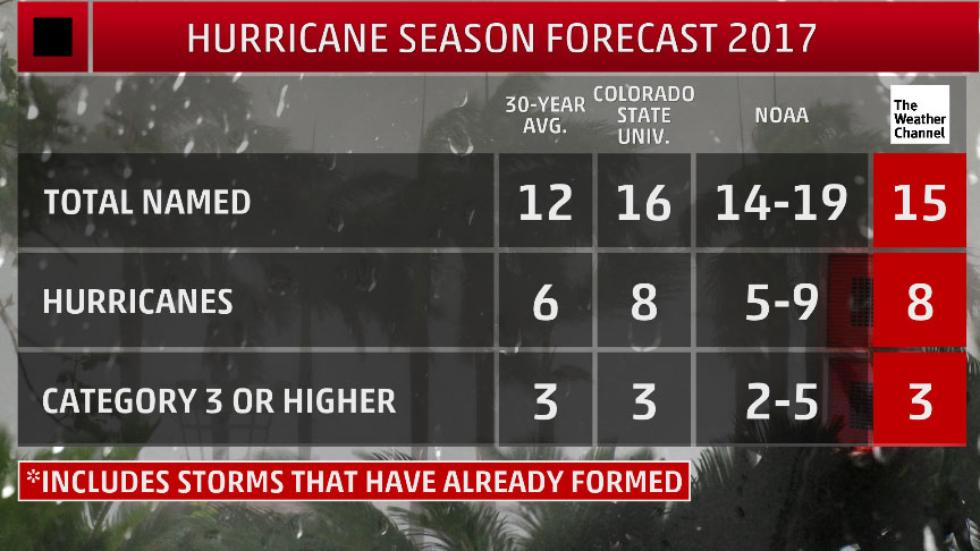 This leaves us wondering, what should we anticipate for the remainder of 2017’s hurricanes season? The Weather Channel predicted a total of 15 named storms based on a study by Colorado State University, the NOAA compared to the 30-year average and it seems they have hit the nail on the head. A key component to this active season is the unusually warm sea-surface temperatures.  But, although this will be an extremely active season, it is not projected to surpass the 2005 season.