Posted by Theodore on June 21, 2013 in Tips and Tricks | Comments Off on Price Gouging During Hurricanes 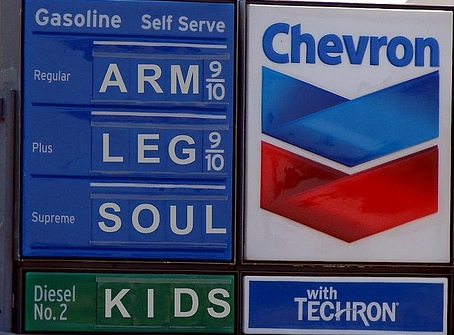 As of 2008, thirty-four states in the U.S. have passed anti-price-gouging laws. Price gouging during a time of disaster takes place when a price shift occurs on items essential to survival. The result leads to items being sold above market price since no alternative retailers are available.

Despite New Jersey Governor Chris Christie going on television to declare that price gouging would not be tolerated, this still did not stop individuals from taking advantage of people during Hurricane Sandy in 2012.

An investigation was launched by New York State Attorney General Eric Schneiderman after receiving many complaints of price gouging during the hurricane. General business law prohibits increases in costs of essential items such as food, water, gas, generators, batteries and flashlights during natural disasters.

Eventually, twenty-five gas stations in the state of New York agreed to pay $167,850 in fines for price gouging during Hurricane Sandy. One of the stations fined included Lukoil, which is located in the Bronx. The gas station raised its price from $4.29 to $5.39 after the storm. That is a increase of $1.10 per gallon. Lukoil increased it’s prices despite the fact that the wholesale price the station paid had dropped by one cent.

“As New Yorkers were sitting in lines waiting for hours to buy critical supplies of gasoline, some shady business owners were trying to make a fast buck at their expense,” Mr. Schneiderman said in a statement. “Today, we are sending a powerful message that ripping off New Yorkers during a time of crisis is against the law and we will do everything in our power to hold them accountable.”

A frequent concern surrounding price gouging is that it exploits consumers. While many believe price gouging is morally wrong for sellers to take advantage of buyer’s vulnerability and increased demands, opponents of anti price gouging laws reason that buyers are not forced into buying items at inflated prices. They argue that consumers voluntarily agree to pay a seller’s asking price.

What do you think?