The McKinsey Model: An Insurance Conspiracy

Posted by Karina on October 7, 2013 in Uncategorized | Comments Off on The McKinsey Model: An Insurance Conspiracy 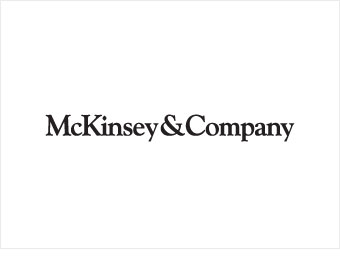 This hurricane season, you may want to be extra vigilant of your insurance company’s business practices when it comes time to file your claim. After faithfully paying your premiums for months or years, it only makes sense to expect your insurance provider to be there for you when you need them. After all, that’s what you’re paying them for, isn’t it? Unfortunately, a new business model rising in popularity among major insurance companies such as State Farm and Allstate has made it difficult for policyholders to receive benefits they deserve after a disaster.

It all began when a consulting firm, known as McKinsey and Company, sold major insurers such as Allstate a new business model designed to turn claims into profits. The strategy, dubbed “Good Hands or Boxing Gloves” playing off of Allstate’s slogan, is to make the process of filing for claims too dificult for policyholders and too expensive and time-consuming for lawyers to want to take these cases, leaving insurance firms undisputed in their wrongful delays and denials of claims.

The lower offers are generated by a computer software called Colossus, designed to manipulate various factors that go into evaluating insurance claims so that more money stays in the insurers’ pockets.

Allstate: Are You Really in Good Hands? 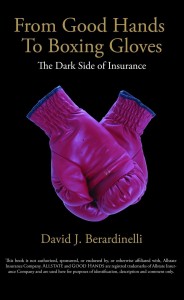 In Attorney David Berardinelli’s 2008 book “From Good Hands to Boxing Gloves: The Dark Side of Insurance,” he tells the story of the 12,500-slide PowerPoint presentation McKinsey and Company made to Allstate, which essentially advised the insurance company on how to increase profits by offering deliberately lower settlements on claims. That same year, Allstate was ranked the number 1 worst insurance company by the American Association for Justice due to its practices of delaying or avoiding payments to policyholders.

Allstate used these practices on many policyholders during disasters such as Hurricane Katrina and Hurricane Sandy, offering settlements drastically lower than deserved by quoting ambiguous sections of insurance policies and interpreting them to the company’s advantage.

Unfortunately, Allstate isn’t the only culprit in unfair insurance dealings. Major carriers such as State Farm have also been criticized for bad faith insurance practices.

If you believe you’ve been taken advantage of by an insurance company that is stringing you along offering unfair compensation, delaying investigations or denying claims due to ambiguous or confusing policies, you should contact an insurance attorney immediately for legal consultation.

A trained insurance lawyer will be able to dissect your policy beneath all legal jargon and help you figure out of your claim has been handled unfairly.